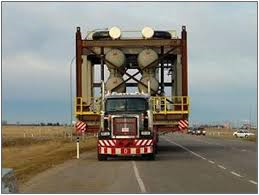 Consider the following scenario: Your supervisor asks you unload a piece of machinery off a truck. When you get there you find out that the load is a few hundred pounds heavier than your truck’s capacity. But it would be well within the capacity of two lift trucks. Can you suspend the load from both trucks and complete the task? Is using two forklifts to load/unload safe?

That might be possible if you were moving the load with a crane given that OSHA regulations do allow for the use of more than one crane to lift a load. But keep in mind that multi-crane lifts can be very dangerous and before attempting the lift you must develop and follow a strict safety plan.

But cranes are not forklifts. So what does OSHA say about using two or more lift trucks?

The rules governing this are clear. Under 1910.178(o)(2), “Only loads within the rated capacity of the truck shall be handled.” Keep in mind the load is not defined as the portion of the total load to be lifted. It is the total weight of the object, so the rule does not permit a portion of the load to be supported by any other means in order to reduce the load to within the forklift’s rated capacity. If the load wasn’t perfectly balanced between the two trucks you risk breaking one of two weakest elements in your forklift which are the heel of the fork and the lifting chains. 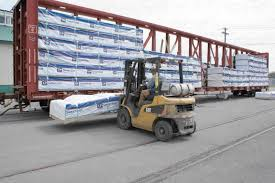 n the top of a center beam rail car. Long materials sag which prevents you from fitting the load under the top center beam of the car.

In this situation your forklift can handle the load but the lifting forces must be applied closer to the ends of the load to deal with the sag. In this situation using two forklifts can work, but their operators must be able to coordinate their movements very closely.

A better option would be to look at attachments which provide a wider base of support to deal with the sag and not rely on the reactions and coordination of two lift trucks.