Consider for a moment the issue of fall protection and the confined space attendant overseeing entry operations for workers in a vault or manhole (top down entry).

A question I often ask our students is: "Does the confined space attendant need to be tied off?"  That is, if the fall hazard is greater than four feet (which it almost always is), does OSHA require the attendant to use some sort of fall protection? In this imaginary scenario we need to assume the only fall hazard the attendant faces is the fall into manhole or vault. Clearly an attendant on top of a silo with no guardrails would need some type of fall protection. 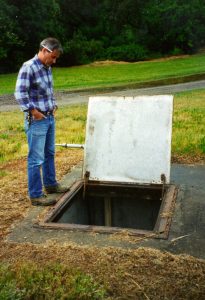 Figure 1. Is the confined space attendant exposed to fall hazards?

This is one of the issues, among many others, that we'll tackle in our next Confined Space Train the Trainer class. Check our open enrollment schedule for upcoming classes.

Given that it's a question asked in a safety class many students will automatically answer, yes, which is fine. But then the question becomes, "have you ever seen a confined space attendant tied off next to manhole?" The answer to that is generally "no" which begs the question, "Why not?"

So how can we answer this question which seems to lie at the confluence of several different standards? I guess we need to take it piece by piece.

Here are some things to consider:

Attendant's Duties: The confined space attendant has specific duties they have to fulfill as defined in the OSHA Permit-required Confined Space regulations. Among these is the need to:

Any fall protection measures can not impede fulfillment of these responsibilities.

Attendant's Awareness: By and large, people rarely fall into holes that they are staring at. Instead, people are much more likely to fall into holes when their attention is split between the hole and their job activities. Given that the confined space attendant shouldn't have any other distracting duties, the likelihood they will fall into the hole is remote but cannot be ruled out entirely.

Walking Working Surfaces Rules: The next (and perhaps most important consideration) are the walking-working surfaces rules which specifically address manholes. The old rule reads as follows: 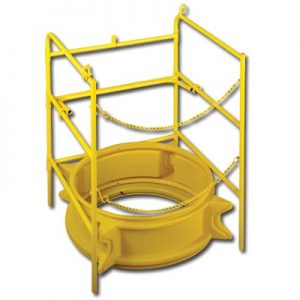 1910.23(a)(6) Every manhole floor opening shall be guarded by a standard manhole cover which need not be hinged in place. While the cover is not in place, the manhole opening shall be constantly attended by someone or shall be protected by removable standard railings.

1910.28(b)(3)(i) Each employee is protected from falling through any hole (including skylights) that is 4 feet (1.2 m) or more above a lower level by one or more of the following:

Note that both Washington and Oregon OSHA rules still include references to the use of monitors.

Duty to Provide Fall Protection: If the employer believes that work activities expose workers to fall hazards then the employer is obligated to protect that worker and manage the hazard. This should be done by applying the hierarchy of controls. Given that the attendant must be right at the edge of the opening, the employer may elect to use passive fall protection which would be a guardrail of some kind. But this too may not be feasible for a variety of reasons.

There are covers which may work (see Figure 3) depending on the type of work being performed. If that isn't feasible consider fall restraint systems, but finding a suitable anchor may be an issue as well as the fact that a fall restraint system may not allow the confined space attendant to access all sides of the opening. Fall arrest poses the same anchoring difficulties and the case can be made that a worker in a fall arrest system may be prone to a higher degree of carelessness around the hole given the belief that they are protected from falling. So you are then left with administrative controls which is essentially telling the worker to be careful and don't fall in.

Figure 3: Temporary manhole cover - we do not currently sell this item.

Summary: So should the confined space attendant be protected from falling? Hopefully everyone's answer is yes. The next question is: "How can we accomplish this so that our fall protection system:

A careful evaluation of all these factors will hopefully allow us to arrive at the optimal solution and the solution will probably vary based on the job characteristics.